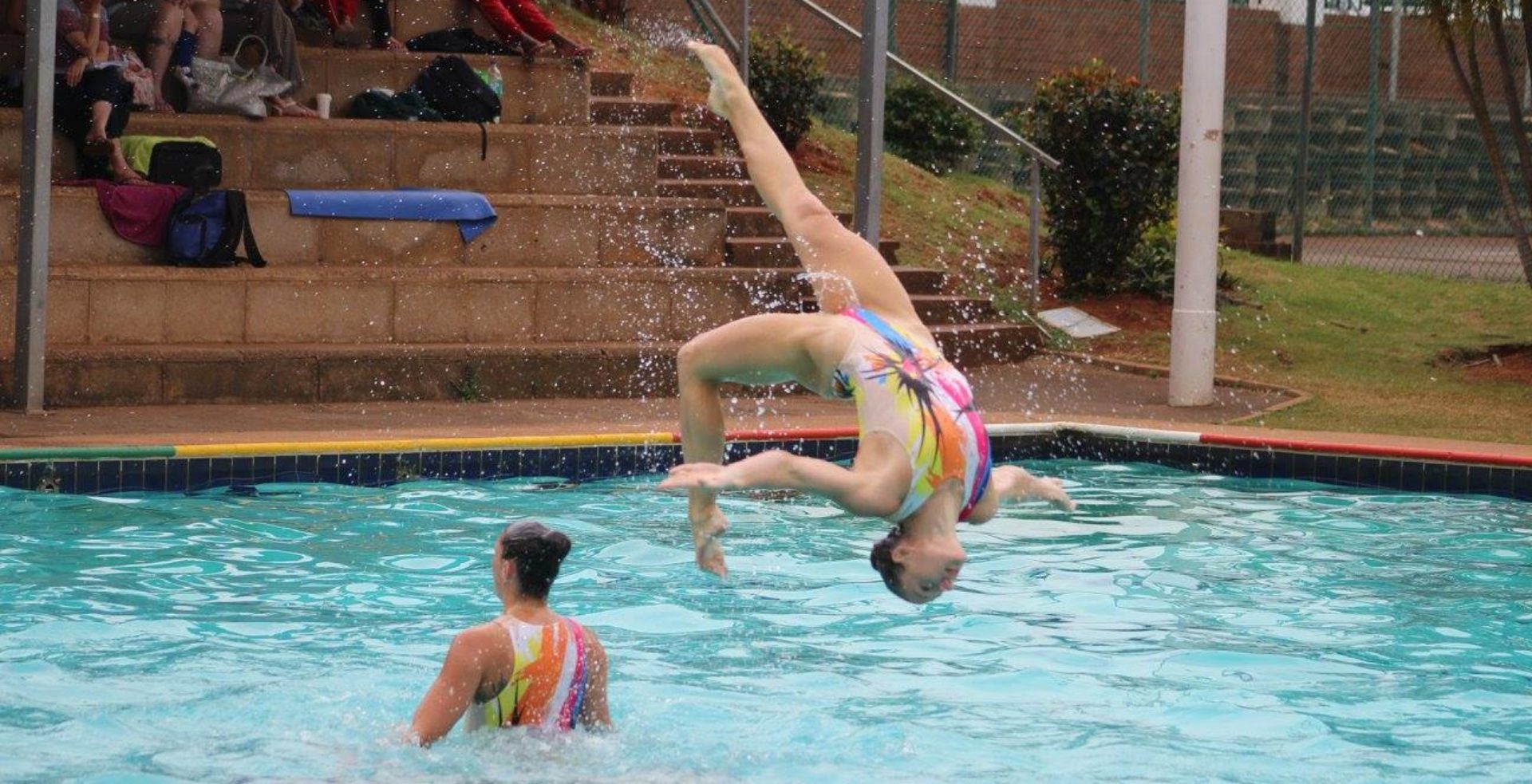 Artistic swimming (previously synchronised swimming), as well as being an Olympic sport, is also an “Aquatic Art”…Barracudas often perform at corporate events and functions, and have featured in commercials and film shoots.

We cater for your entertainment needs, and choreograph according to themes and preferences. We recently performed as mermaids at the Two Oceans Aquarium as entertainment for a business dinner.

We have also performed in a wedding in Luanda and some of our U12’s spent three days on the set of an LG washing machine commercial. We performed before royalty at Charlene Wittstock’s birthday party, hosted by Prince Albert of Monaco and opened Planet Platinum in Sandton and Virgin Active in Claremont.